HOW TO INVEST WITH US

INVEST IN LIMITED SUPPLY REAL ESTATE FROM THE PROS.

Why Invest with Sandstone Equity Group?

YOU OWN THE LAND!
the land secures your investment

Mark Trainer has been buying and selling real estate in Las Vegas for over 35 years and over those years his one key tenet holds true:

"If you want to make money in real estate, go to the edge of town, buy it, go home, and wait for the phone to ring!" 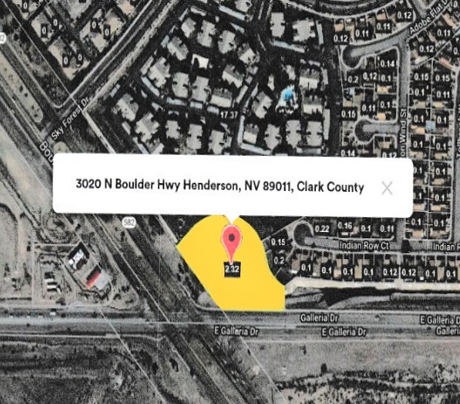 LAS VEGAS (KSNV) — The City of Las Vegas was ranked fastest-growing city for the year 2021, despite tumultuous economic disruptions.

In a report released by Updater, a relocation app geared toward the United States, Sin City continued its upward boom as a public health emergency ravaged on.

According to the company's researchers, Las Vegas was ranked first for net gains relative to its population size, moving six spaces up from last year.

What the Experts are Saying about Las Vegas Real Estate

Dana White moved to the Las Vegas Valley more than a decade ago and turned Ultimate Fighting Championships into a household word, now worth billions of dollars. The UFC President recently purchased four adjoining multi-million dollar homes in Las Vegas stating. "Now more than ever Las Vegas is the place to be and be seen."

With a deep-rooted history in Las Vegas dating back to the 1960s, gaming magnate Steve Wynn is credited with reinventing the Las Vegas Strip through his land investments. He reflects on real estate investing by saying “Being a visionary has to do with knowing where the market wants to go about five minutes ahead of the other guys and there’s

no better place to do that than Vegas!”

Self-made billionaire, Sheldon Adelson, is the wealthiest man in Nevada with an estimated net worth of $32.8 billion. He’s quoted as saying, “The key factor to my strategy is longevity. The reason I chose Las Vegas is because I see the growth potential for decades to come.”

A longtime resident and expert on all things Vegas, Mark Trainer has seen the rise and fall of many things in Las Vegas but his one key tenet holds true, "If you want to make money in real estate, go to the edge of town, buy it, and go home and wait for the phone to ring!"

Get Started with our latest
Real Estate Investment E-Book!